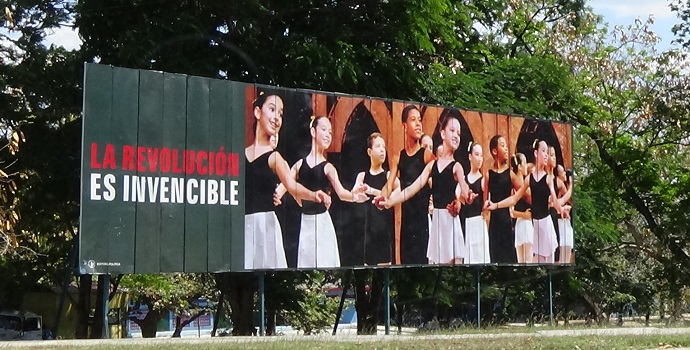 Nightclub Anthropology: Why do I work as “hosutesu”?

This essay is based on a research talk given at an exchange workshop held by Japan Study Abroad at Tokyo Metropolitan University to an audience of anthropologists and students of the Metropolitan State University of Denver.

In Japan, it is very common for university students to work part-time. These jobs are called arubaito or baito, and are used to earn money for club activities and hobbies. Simultaneously, these jobs provide real work experience. If you do not have a part-time job, people might consider you lazy or a millionaire. Generally, most university students work at izakayas (which are types of bars), cafés, restaurants, and cram schools. In fact, I once worked as a receptionist at a cram school. But now I have another job which is quite unusual.

What is a “hosutesu”?
I have been working part-time as a hosutesu at a club since 2018. Do you know what a hosutesu is? The word derives from “hostess,” which originally meant ‘the woman who is the master of a party’ or ‘landlady.’ In Japan, hosutesu means women who work at bars or night clubs.

Put simply, hosutesu entertain guests (mostly men) with their conversation and serve alcohol. We do not need any professional skills but are paid for our performance listening to and animating the conversation of the men who visit the bar or club after working hours. We try to make guests feel high-class, exclusive, and special in the club. They come to our club after their working day for entertainment and relaxation. These men enjoy talking about their family life, complaining about work, or boasting of heroic episodes in their life. During their time in the club, they do not need to worry about their social status. A hosutesu is not a business associate or friend, nor a member of their family. While these guests pay a lot of money in the club, they come to the club to feel peace of mind.

The reason I began working at the club is simple. Before I became a hosutesu, I was working as a receptionist in a major cram school, where I met my coworker Yona, a 34-year-old woman. One day, she told me that her husband managed a hosutesu club and that they were short-handed. She was a kind and reliable individual, so I wanted to help her out. A week later, I started working there. The club is located in the suburbs of Tokyo and has around ten hosutesu. I still remember my first day—my heart was beating fast as I approached the building, full of nerves. However, I found that I immediately enjoyed the work and started to immerse myself in it.

What kind of image do you have of hosutesu work? Perhaps you think it is a sketchy business. I also had this prejudice. I thought being a hosutesu was a job for poor or uneducated women and that I could not tell my parents I was working as one. However, I was completely wrong. Surprisingly, senior hosutesu are very adaptable, capable of conversing with all kinds of guests. They offer each person various topics of conversation, depending on their interests. For this reason, a hosutesu needs to be well-educated. In fact, many college students work part-time as hosutesu. One of my ex-colleagues from the club became an elementary school teacher this April.

What kind of people come to the club?
I work at a long-established club with a so-called “members-only” policy. We do not accept first-time customers or underdressed customers. Our customers are required to have some social status and include the presidents and directors of companies. They stay in the club for a couple of hours and pay approximately $200 per visit on average.

One day, I had the most bizarre experience in my time as a hosutesu. The manager told me to come upstairs, and I answered, “OK. I’m coming soon.” When I opened the door to go upstairs, I was astonished by the brightest view. There were more than ten Buddhist monks in the club! Their heads were completely shaven and shiny. They had come to our club after playing in a golf competition that was held once a month in Tokyo.

Some days later, a gathering for the third anniversary of my grandmother’s death was held. I was surprised when I saw the face of a Buddhist monk. He had been one of our guests the other day! Fortunately, he did not recognize me. I still have not told my parents about my job and he would have felt awkward if he had noticed me, as it would have been strange for someone to recognize him from a place where monks are not expected to go. Later, I thought to myself: My mother paid for the monk’s memorial service, he paid the club, and the club pays my salary. The money my mother paid for his services had returned to us. What a small world!

Conclusion
I wrote my graduation thesis about the life of hosutesu. Before I started this job, I had a prejudice against night work. However, I found that senior hosutesu are intelligent and professional in their service. They were amazing not only while working as hosutesu, but also outside of the club. As I went on to complete interviews with all the hosutesu workers, I found that some part-time hosutesu, like me, also had interesting histories. For instance, one hosutesu had worked hard and saved money to study abroad. Unfortunately, she was forced to return earlier than planned because of the COVID-19 pandemic. Another fascinating element was the way that senior hosutesu treated the less experienced hosutesu as younger sisters. They were nurturing and protected us from abusive clients without causing drama. Thus, we felt respect for them despite their lower educational level. After all, what is most important in an individual is not their educational level or financial status but their attitudes toward others.

In my graduation thesis, I tried to analyze the background factors of this type of work, highlighting that senior hosutesu treated younger hosutesu well and that the manager did not treat us as commodities. These qualities are not commonly found in night work, which usually operates as a meritocracy. In other words, people who are skilled as a hosutesu can earn huge amounts of money and gain status in their club. If a hosutesu does not demonstrate the necessary skills, she will leave immediately. Therefore, we take it for granted that to be a hosutesu one must cope with a competitive workplace environment. However, as I have mentioned before, the club I work in does not have these practices. To borrow James C. Scott’s phrase, people who work for the club have implemented a small anarchism. Thus, we do not have a “Mama,” as is the case in other clubs who monitor their hosutesu. In fact, one of the senior hosutesu at the club was responsible for removing the previous “Mama,” arguing that senior hosutesu are able to advise younger hosutesu about their behavior. I think that this is a small but interesting reinvention in the club environment. I hope that my article will provide deep insight for many people on night work.

I would like to continue studying this club and its relationship with its neighborhood, one that is unique to this suburban town.